Romance on the Oregon trail Opening Line: “The twenty-two women gathered around the open grave tried not to look confused and frightened.”

This was a pretty good historical romance once I replaced the mulleted dude from the cover with the guy from Hell On Wheels as my hero. Anyways, it kept me entertained with the trials and tribulations of life as a settler on the passage west. All the expected elements are here: a plucky virgin heroine, a hero with a dark tortured past, distrust and animosity then lust and love makin while they battle the weather, raging rivers, Indians, snowstorms, getting stuck in a mineshaft and a bad guy named Duke who without any true motivation shows up randomly and plots how to stop the wagon train while ordering his brother around and brandishing a big knife.

Womanizing, hard-as-nails bad boy Cooper J Delaney has just been tricked by a group of destitute women into leading their wagon train across the Oregon trail. Only steps away from realizing his dream of buying back his families land in California, this has really put a kink in his plans. Waking up in the Merchants Hotel with the mother of all hangovers, he has no recollection of the night before in the saloon and worst of all he’s missing his money belt. Cooper knows that one of those 22 women has his gold but he can’t prove it, so for now he’s stuck signing Aggie’s contract as their guide.

Prim and proper spinster Agatha Pennington had little choice in her methods of securing an experienced pilot out of Independence Missouri. Their previous chaperon Hiram had gotten them this far before succumbing to some sort of 1841 ailment, even managing to teach them how to use a gun and handle their wagons and mules. Aggie knows the trail is going to be harsh, hostile and unforgiving but she’s also unwavering in her determination. She will get her rag tag assembly of women into Oregon territory where they have secured a plot of land and promise of a better life.
I enjoyed several of the secondary characters, in particular the double crossing Magpie and Callie an orphaned tomboy who cuts off her hair, dons boys clothing and follows Cooper around like a lost puppy. The ending went on way to long however, morphing into another story altogether before abruptly finishing with several loose ends still to tie up. All in all this was exactly what I was expecting from a 1997 second-hand bookstore find. Cheers 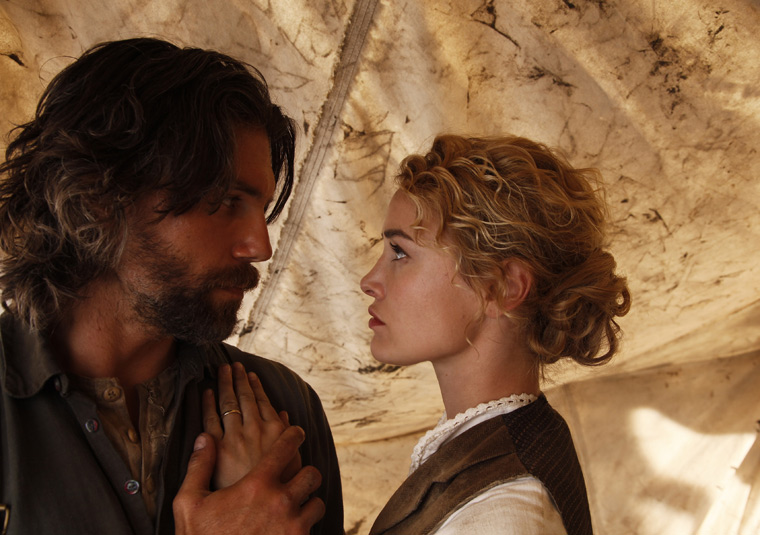