I've got your back, Babe Opening Line: "This is gonna take some getting used to."

Set in the early 1980’s (which kept me visualizing Starsky and Hutch and hoping for descriptions of Magnum-esque moustaches) THE ASSIGNMENT is a su-weet read. Just long enough at 161 pages and certainly steamy enough, I can see myself returning to this story again and again. Filled with suspense, random humour, genuine emotion and sexual tension so palpable it just about killed me, Valenti and O’Brian are a couple so deliciously hot and manly that you simply won‘t be able to get enough of them. Plus with cover art this good how can you go wrong?

Detectives Nicholas Valenti and Sean O’Brian have been best friends and partners for 6 years. Often teased because of their open affection, they’ve got each others backs on or off duty. Through danger, donuts and divorce there isn’t anything one of them wouldn’t do for the other including taking a bullet or giving the occasional back massage. That’s a good thing too because Captain Harris’s latest case is going to test the boundaries of even their tight relationship. 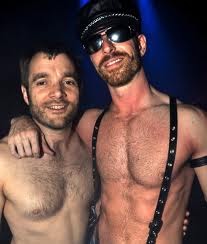 Nick and Sean’s assignment sees them going undercover at the infamous gay resort, Ramjack. Potentially they will be busting the notorious drug dealer who’s been flooding the cities gay bars with bad cocaine. It’s a plum job that’s going to look real good on their resumes, just as long as these hetro boys can convince everyone at the RamJack they’re really a gay couple that is. But just how far are these partners willing to go?

Once engaged in their roles as the "sugar daddy" and his "boy toy" the sexual heat literally jumps off the pages. Forced to ‘fake’ their affections in public Valenti and O’Brian’s discovery of each other though soft caresses and first kisses is beautifully done. And because Sean and Nick don’t start out as gay characters watching their miscommunications, emerging feelings and unfamiliar foreplay unfold is also interesting and exciting. Because of the way most men are, when the gentle embraces carry over into their private suite they don’t talk about their feelings or what’s happening between them, they just continue to misinterpret each other and wonder… The sex scenes here are erotic, tender and very satisfying. Eventually Valenti and O’Brian are left to deal with strong emotions neither anticipated having and a very straight world to go back to.

My only real disappointment would be the abrupt resolution to their big case. Its just over. However because I was still in shock from the previous events it just didn't matter. 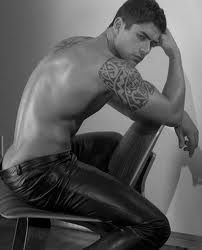 A bonus 26 page short story called I’LL BE HOT FOR CHRISTMAS has also been included here. This takes place a year after the RamJack case and involves Valenti suddenly pulling away and distancing himself from an increasingly sexually frustrated and pissed off O’Brian. Could it have anything to do with his new and much younger partner? Sean becomes determined to find out what’s going on even if that involves kidnapping. Cheers