Excellent YA forbidden romance, angsty thing without the paranormal Opening Line: "I'd been waiting a year for this moment"

I don’t generally read much YA stuff however Caleb and Maggie’s forbidden coming of age romance got to me and I found myself quite wrapped up in all their teenaged angst. I guess it was the unique story idea that first piqued my interest; that of a romance developing between the offender and his victim was too good to pass up. And once you get into it the reasoning’s as to why they get together it felt realistic. I mean they‘ve both been away for a year and things have changed, they‘ve changed and none of their friends “get” them anymore. Throw in some majorly screwed up family members, a big secret and super cool old lady and you’ve got yourselves a great story.

Told with alternating POV’s for each chapter, this was a fast read and I enjoyed getting into both Maggie and Caleb’s heads, seeing what each of them thought of the same situation. We begin with our hero Caleb being released from jail. He’s just spent a year locked up in juvenile detention for hitting a girl with his car while drunk and then leaving the scene. He’s paid his dues though and is no longer the carefree popular teen that went away. All he wants now is to go home and resume his life, well that and turn back time. With getting released comes a few rules though, like 150 hours of community service, meeting with a transition counsellor and staying out of trouble. It’s all easier said then done. 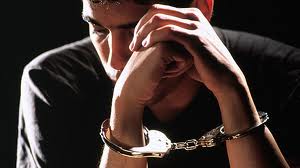 Switching to Maggie we join her in physical therapy exercising her shattered leg and preparing to go back to school. The only thing that gets her through the day now is her scholarship to Spain. It seems since the accident she’s no longer one of the popular kids, they all think she’s a freak and Maggie can’t wait to get out of this town and away from their whispers and stares. 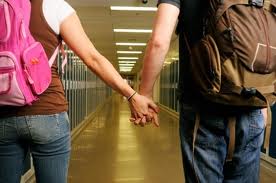 Through circumstance Maggie takes a job as a companion for old Mrs Reynolds (who turned out to be one of my favourite characters) Coincidentally she’s also just hired Caleb through his community service. I guess in a town as small as Paradise they should have expected to run into each other but what neither had expected was that it would only be the other that could truly understand what they’re going through. Caleb’s family is really messed up; his sister is a Goth ghost, his mother acts like nothing has happened and his father is just gone. And then there's his ex girlfriend, beautiful, seductive and full of poison. Maggie’s days of playing tennis are over and her overprotective Mum (eek) is dating her boss. What an embarrassment.

Bound together by the tragedy yet forbidden by their parents and a court order to be together a tentative friendship begins, quickly developing into something neither of them had expected or can stop. A bittersweet, moving love story, now I only wish I had RETURN TO PARADISE because the ending here leaves you hanging. I’ll definitely be reading more from Simone Elkeles. Cheers