This is Swayze's life not a goodbye memoir 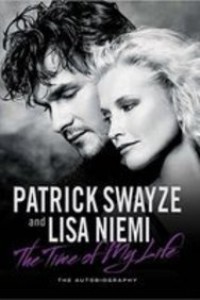 This was one of the better biographies I’ve read, and I kick myself now for putting  it off for so long. However like a lot of people my age (40ish) who grew up watching and swooning over Patrick Swayze I felt I had to give myself time to get over his death before I was ready to read about his life. In my day he was just IT, that’s right “The sexiest man alive” (according to 1991’s People magazine) Actually I still have trouble believing that he’s gone, probably because he was just bigger than life in his movies, so vibrant and energetic and indestructible (Yes even in Ghost)
Ultimately I needn’t to have worried because this was not a sad memoir and Patrick’s battle with cancer takes up very little page space, this is about his life. With a ton of personal photos it becomes evident right off that this was a man that lived a full and adventurous life (outside of being a movie star) Patrick or “Buddy” as his family called him was also lucky enough to meet his lifelong love Lisa at the age of 19 (she was just 15) and spend 30+ years with his best friend. He experienced more in his 57 years than most of us can only dream of, but still…
I guess you could say I grew up with Patrick Swayze (again it’s a 40’s thing) so over the years I’ve managed to see most of his movies. This made reading his book super interesting, getting the behind the scenes info from all my favorites including; North & South, Uncommon Valour, Red Dawn, The Outsiders, Point Break, Roadhouse and of course Ghost and Dirty Dancing (which is actually my least favourite). 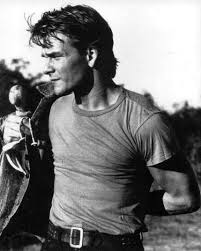 Born in Houston, the son of a champion rodeo cowboy and a choreographer Patrick inherited both of his parent’s passions equally. He was a star football player and aspired to be an Olympic gymnast before a serious knee injury sidelined those dreams. He continued to dance however, eventually moving to New York City where he landed a spot in the second company of the Joffrey Ballet. He married the girl he’d met at his mother’s dance studio in 1975 but for a long time felt like he didn’t deserve Lisa and that he loved her more than she loved him. (Aww) Sidelined by knee operations Patrick was finally forced to quit ballet (he counts this of as one of his lifelong regrets) and instead focused on acting. Moving to LA he and Lisa experienced some very lean years, working as carpenters at one point and surviving on peanut butter and oranges that grew in their backyard.
Swayze had to work for every role that he received (for some reason this surprised me) and had a hard time overcoming the dancer turned actor image. He was also a perfectionist and very insecure which must have made trying to “sell” yourself in auditions a nightmare and probably what led to his later battles with alcohol and depression. Their lives changed ridiculously when he skyrocketed to fame with his iconic roles in Dirty Dancing and Ghost yet through it all he and Lisa were a team. I had always been curious why they never had children and they describe it as "missing their window after a miscarriage left them devastated." Patrick suffered some serious brushes with death, breaking both legs in a horse vs. tree collision and suffering hypoxia and crash landing his plane (yes he had his pilot’s license). Through it all Patrick continued to be cowboy (raising and showing Arabians) and to dance.
As Patrick describes his life throughout this book, I noticed that in every single instance he says "we" it is never "I" which made me realize just how incredibly joined he was to Lisa. I wish her the best. Sigh… 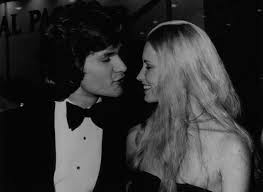 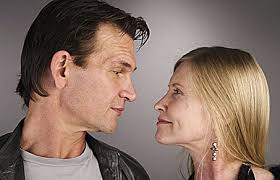