A beautiful and tragic love story I really liked this book and found myself absorbed in the world that Andrew Davidson created. THE GARGOYLE is a multilayered tragedy within a love story and it will affect you on many different levels; horrific, sad and gruesome it is also complex, funny, thought provoking and redeeming. Unfortunately any summery you read won't really do it justice.

THE GARGOYLE has been written in a first person narrative and although we never learn the narrator's name he is self-consciously and sometimes humorously aware that he's writing a book. We begin with our good looking and self absorbed narrator (N) driving his car while high on cocaine and with a bottle of bourbon between his legs. He subsequently starts hallucinating and to avoid the burning arrows flying at his car drives off the road. N's car flips several times and catches fire, burning him alive. The next half of the book takes place within the burn ward as N begins his long road to recovery.

The car accident and most of the burn ward scenes are detailed, horrific and at times hard to read but they're also so well written that you'll be able to smell the hospital and really feel N's pain and suffering. N has been burned so severely that he no longer resembles anything close to the gorgeous porn star he once was and as he begins his therapy it's only in the detailed planning of his suicide that he's able to get through the day. The shots of morphine that silence the snake living in his spine help too but you'll have to read the book to understand that. 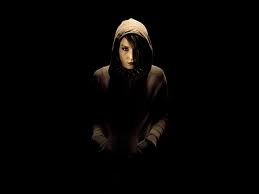 One day a strange and wild woman known as Marianne Engel escapes from the psyche ward and sneaks into the burn unit. She proceeds to tell N that she has known him for 700 years, that he has been burned before and that they were once lovers in medieval Germany where she was a nun and he was a wounded solider. It doesn't matter if he can't remember; she tells him, she will prove it to him. And so begins Marianne's tales of their past lives.

The book then begins to jump between time periods as Marianne Engel tells her life story which is set in the middle ages along with several other short stories about different tragic lovers. The flashbacks became my favourite parts of the book taking us to Germany, Japan, Italy and the Vikings of Iceland. The characters from these times are exquisitely interesting and the details of the era, amazing. The research Mr Davidson has put into this book is simply mind boggling.

N doesn't believe Maryanne, concluding that she is schizophrenic, nonetheless he comes to rely on her and in their own way the two begin a relationship. Throughout Maryanne's storytelling and hospital visits she continues her lifetimes work, that of carving stone Gargoyles. We are also introduced to several characters both within and outside the hospital all slowly becoming N's friends as he changes and becomes a man of worth. 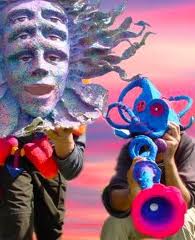 The only part of the book that `lost me' a bit would be the several chapters during N's morphine withdrawal whereupon he enters the gates of hell and confronts all the characters from Marianne's stories and quotes Dante's inferno. This was bizarre and went on for too long but did tie up all the characters from Marianne's gripping stories. For me the ending was thought provoking and perfect. Cheers!

"Only after I was born into physical repulsiveness did I come to glimpse the possibilities of the heart."