Real or not real? After some fumbling a worthy completion to a great series

Opening Line:"I stare down at my shoes, watching as a fine layer of ash settles on the worn leather."

Real or not real; I finally finished Mockingjay? Thankfully real, because this just didn’t hold my attention like the fantastic and innovative HUNGER GAMES or leave me trying to catch my breathe like CATCHING FIRE did. In the end though I still loved Suzanne Collins violent, bloody and utterly defeated conclusion to this series, it just took a bit lot of effort to get through to it. We aren’t left hanging where the love triangle is concerned either, with Collins giving us a realistic and satisfactory glimpse twenty years into Katniss’ future and who she finds herself there with. 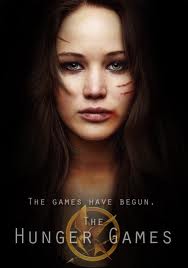 All told Mockingjay is a brutal and despairing ride as Katniss, Peeta, Gale and just about every other character we’ve met so far wages war on the Capital and its President Snow. Yes a lot of people die here and I’ll be honest at times Mockingjay lost me. In fact I actually put it down more than once with no real ambition to pick it up again, as it just seemed to drag with endless battles, hospital visits and politics and if it hadn’t been for my curiosity about who Katniss ends up with I probably wouldn’t have bothered finishing it at all.

This is due in no small part to the fact that our heroine spends most of the book either waking up in hospital after being injured or recovering in a drug induced haze from one thing or another. This became monotonous, stalling the story. And while I appreciated Katniss’s battered state of body and mind -especially in the closing chapters I also found it overkill and wondered where that strong, take control girl from previous books had gone. On the other hand after what she’d been through its a wonder she didn’t just keep hiding in the closet, taking 'morphling' and shutting out a world gone mad where no one is who they seem anymore. I was also very let down by the final climactic battle which for the most part we are told not shown because Katniss is again unconscious, even Snow became rather a non-issue here. And one if my biggest personal disappointments would have to be that we didn’t get to see Gale’s character fleshed out more. I had really been hoping that this would be his book, his time to shine and show us why Katniss loves him. Instead he remained frustratingly vague.

I believe Suzanne Collins probably had the outcome to this series in her mind from the very first page of Hunger Games, unfortunately with this book she just wasn’t sure how to get us there and fumbled along with her conclusion. The ending chapters and epilogue are amazing though and almost make up for the bumpy, tiring ride that is Mockingjay, almost. And after all was said and done it was Buttercup the cat that had me crying and I'm not even a cat person. 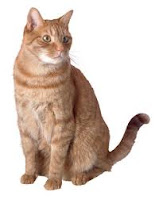