Can't say enough good about this one 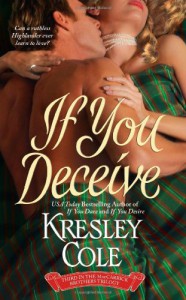 Opening Line: “Ethan had long grown used to the sinking expressions people cast him when they realized it was he who darkened their doorsteps—but in the East End rookeries this tendency seemed even more pronounced.”

Does anyone else find it near impossible to write a review about a book you absolutely loved? You can't ever say quite the right thing or express adequately how much it affected you. How much you loved the characters, the heartache, the passion and the drama. It always ends up sounding like a big pile of cheese, and really how many different ways are there to say amazing?
I guess I should start by letting everyone know that they were right. This was fantastic (there’s one) placing as one of my top historical reads ever. I only wish now I hadn’t waited so long, because Ethan stole my heart. What a great hero. To watch someone as cold, damaged and emotionally shut off as Ethan fall and allow someone into his heart was just… sigh. His confusion, his denial and in the end his willingness to do anything to have her, to keep her, borders on obsession.  And then there’s this big lie hanging over him and his guilt over how he’s inadvertently destroyed her life which he then tries to make up for which only succeeds in pushing her away just when he’s realized he can’t live without her. Gah, this is how romances are meant to be –not necessarily reviews though.
What a great love story, what a great couple because as much as I fell for Ethan I equally adored Maddie. These two are equals, Their banter, flirtation and verbal sparring is some of the best I’ve ever read and sexy, jeez that carriage ride after the masquerade ball and oh let’s not forget the shopping extravaganza homage to Pretty Woman in Paris. Yeah.
Not many books have the ability to give me actual emotions but Kresley Cole managed it here in spades; smiling, sighing, cheering, crying and at one point yelling at Ethan (you fool) to get away from those two floozies and go the hell home.
I should also mention that I read this as a standalone and other than Cole’s odd way of backtracking the story and then doing a whole lot of showing not telling (of events that happened in the previous 2 books yet took place during this one) I had no real issues.
Ethan MacCarrick has been out for revenge for the past 10 years, seeking to destroy the Von Rowen family who tortured and viciously scarred his face for a crime he didn’t commit. Once a handsome and successful philanderer, woman now shun him, turning away from his brutal scar with disgust. As a consequence he’s hardened his heart and sworn off women altogether. After bankrupting and exiling the Von Rowen’s Ethan still finds that his anger has not been appeased, so when their daughter comes of age he makes it his mission to seduce and ruin her then cast her aside as his final act.
However when he meets Madeline he’s also met his match, she’s unlike anyone he’s ever known and he’s confused by his feelings. This is where the story takes on a Beauty and the Beast quality because Maddie doesn’t care about his scar or his hostile demeanour. She’s only out out for herself, trying to ensnare a husband of means before she faces a life of squalor and ultimately prostitution. So who’s playing who here? And what are they to do when the heart has a mind of its own? Taking us from London through the slums of Paris and inside Scottish country manors. We witness gun fights, cholera epidemics and some of the sweetest, heart wrenching dialogue written. This is a story I won’t be forgetting. Cheers
“You canna do this—take my goddammed heart and then leave me! You think I will no follow”
“Somewhere along the way, he’s fallen in love with her—or as much as possible for a man like him, with the lies between them.”
favorite couple favourite historical romance Kresley Cole MacCarrick Brothers #3 scars r sexy Scottish hunk tortured hero