Fantastic coming of age set during the seige of Leningrad Opening Line:"My grandfather, the knife fighter, killed two Germans before he was eighteen."

I came away from this feeling very cold, very hungry and with an inexplicable need to make sure my pantry was full. CITY OF THIEVES is a fantastic story; set in 1942 during the Nazis’ brutal siege of Leningrad. It’s a coming of age story filled with adventure, suspense, friendship, romance and tragedy all washed down with (from what I understand) a historically accurate picture of Leningrad during the blockade. 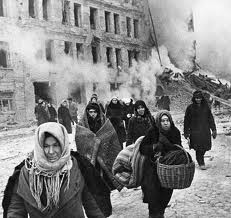 I should point out that despite the events of the time this is also a surprisingly funny read as our two main characters; Kolya the romantic optimist and Lev with his random internal observations both have an interesting way of looking at life around them during the absurdities of war.

The story begins with a powerful opening chapter; a writer asks his grandfather to tell him about his experiences during the war. All the narrator knows -and he doesn’t remember anyone telling him its just one of those family folklores that he always has. Is that his grandfather, "the knife fighter" killed two Germans before he was eighteen and is missing a finger. And so Lev begins to tell his story to his grandson. Talking openly for the first time about his childhood, coming to America and sex. Mostly though he talks about a two week period in 1942 when he met his best friend, the woman that would become his wife and killed two Germans. I actually referred back to this chapter several times during the course of the book and again when I finished. 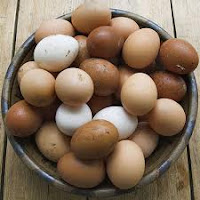 Its January 1942 Leningrad is under marshal law, surrounded by the German army and what’s left of its inhabitants are starving. Our hero 17 year old Lev Beniov has just been arrested for looting and placed in a cell with a handsome friendly deserter named Kolya Vlasov. Both of their crimes are grounds for execution and as our heroes get to know each other that’s what they expect come morning. However in a twist of fate they are given a chance to save their own lives, a secret mission for a powerful soviet colonel. All they have to do is find a dozen eggs for his daughter’s wedding cake.

A dozen eggs in a city cut off from supplies, a city resorting to cannibalism and eating glue from book spines to survive. It is of course a ludicrous and impossible task one which takes our new friends far into German occupied territory, through the bitter cold of winter and countless adventures and atrocities. The outcome didn’t really surprise me but I haven't stopped thinking about it either.

“One moment I thought I had a few minutes left to live; the next a sniper was flirting with me. Was she flirting with me? The days had become a confusion of catastrophes; what seemed impossible in the afternoon was blunt fact by the evening. German corpses fell from the sky; cannibals sold sausage links made from ground human in the Haymarket; apartments blocs collapsed to the ground; dogs became bombs; frozen soldiers became sign posts. I had no food in my belly, no fat on my bones and no energy to reflect on this parade of atrocities. I just kept moving, hoping to find another half slice of bread for myself and a dozen eggs for the colonel’s daughter.”