Opening Line "The bastard 's taking the bridge! He's mine!"

Wow, I honestly don’t know where to begin with this review. To say that this was good is an understatement. To say that it knocked me on my ass and left me a drained, emotional wreck, is far closer to the truth. Yup, LOVER REBORN did me in, talk about your gauntlet of emotions, I mean I expected some angst but jeez! I cried (I mean really cried) I laughed, I sighed, I swore, I groaned and I gasped but in the end I also smiled. 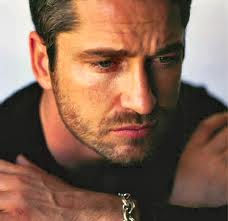 As much as I was anticipating this book it was also with a heavy dose of apprehension; was I ready to see Tohrment find love again? Was he ready? Were any of us really ready to let Wellsie go? And most importantly could Ward make me believe in this new love? The answer is a resounding yes, I think in part because it doesn’t happen quickly (or easily) Reborn has been broken into 4 sections (1 per season) so that this book takes place over the period of a year. And it was over that year and all the shit that goes down (and oh does the shit ever go down) that Ward made me believe.

Starting where Lover Unleashed left off and with her usual flair Ward throws us into “Spring” and right into the action and pain that is Tohr. Chasing down a group of Lessers, Tohr is now relentless in his pursuit of the enemy, basically only drawing breathe to “ahvenge” his murdered wife and son. Tonight’s hunt sees Tohr launching himself off a bridge as John and Qhuinn watch helplessly from below, John issuing a silent scream as Tohr falls. And so it begins. Through 572 pages Ward proceeds to give us everything we want and then some…

Without going into spoiler territory (which is going to be hard) I can tell you of course that this is Tohr and No’one’s story. These two have a long history together and are both equally broken so it makes sense for them to get together. Lassiter is helping to move them along on the love train (in his own way) and as it turns out with a sense of urgency. John and Xhex also play key roles in their story, giving us some absolutely filthy-hot love scenes as well as showing us a marriage in transition. 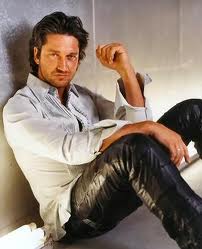 Xcor and his Band Of Bastards are back and gaining strength in Caldwell. They do things here that… can never be forgiven. Sending one Brother on a mission under a decree of death. New and mysterious characters are introduced (Assail) while others are fleshed out (Throe and Zyphor.) We’re still all mixed up in the whole hot-mess that is Layla/Qhinn/Blay/Saxton; however that’s all about to change:) The Blind King still kicks ass, Ward throws a “needing” (or two) our way and gives us details of a ceremony that absolutely broke my heart. We also bare witness to a battle that gave me heart palpitations for all of its 60 pages and left some Brothers with life threatening injuries. 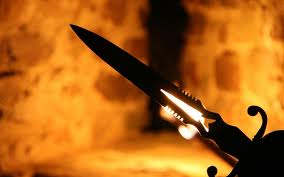 Somehow through all this Ward also manages to give us time with each and every member of the Brotherhood mansion. We get to see everyone doing their thing, giving us some special moment with each of them and that in itself says something because there are so many characters now. There also aren’t any “lesser” POV’s to suffer through; we don’t travel back to the old country or to the other side to hang with the chosen (verily.) And I have to compliment Ward on toning down the product placement and Wardisms. This book just flowed beautifully.

In fact I would have to say that Ward has hit her pinnacle with Lover Reborn. The balance here is just right; the romance, the action, the surprises and the healing. I honestly never knew where this was going to go and when that happens you’re guaranteed a great ride.

And now for the good news Blay and Qhuinn have been officially announced as book #11! That’s right the wait is over. It looks like Ward has worked a miracle with her publisher because their story was originally to be a novella and now they’re getting their very own Hardcover instalment. Way to go boys. See you Spring 2013. 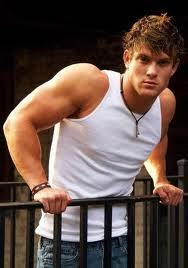