Tall Dark and Dangerous #11 -the end of a great series Opening Line: “Brittany Evan’s hated to be late, but parking had been a pain in the butt."

With Wes’s story we come to the end of the Tall Dark and Dangerous series and I have to say I was more than a little sad. I’ve had such a good time with this series (and all its hunky SEAL's) and can’t say enough good things about it.

I’m always guaranteed a good time here, with clever writing, action packed storylines, to-die-for heroes and strong women that bring them to their knees. Brockmann’s dialogue is always good too; sigh-worthy, realistic and often very funny. All the books are loosely connected (following Seal Team 10’s Alpha squad) yet each still different enough that it feels fresh and unique and could easily be read as stand-alone. Of course then theres the romance and Brockmann will get you every time especially when her tough guys cry, and they almost always do. 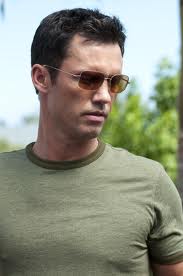 My only complaint with this would be that because it’s the last in the series I wanted to have a more final epilogue. One that included all the guys together and some reflection (like say a wedding) giving me a sort of closure. As it was she even introduced new characters and then it just well…ended like all the other books. HEA-see ya later. I was like now what? What’s going to happen to SEAL team 10? -Sigh, I need to get a life.

Wes Skelly is on leave in LA. He’s also in love with a married woman so he doesn’t expect much to come of the blind date he’s just been set up on by Melody and Cowboy Jones (Everyday, Average Jones) Brittany Evans isn’t really keen on this date either and sets the rules quickly (not gunna happen), which surprisingly results in the two of them becoming friends without having to worry about the romance end of it. Britt is different then any woman Wes has ever met and for some reason he finds himself opening up to her and relaxing. She’s a single mother to an adopted son, a good listener, tons of fun and the perfect nurturer for a man with serious issues (god I love the tortured heroes.) 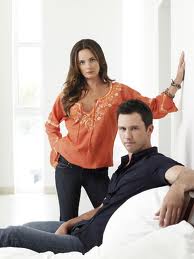 Yeah Wes has some problems; he “might” be an alcoholic, craves a cigarette every couple of pages has issues with his father, never got over the death of his brother, is in love with a colleagues wife and top it off is vertically challenged, being the only SEAL not topping 6 feet. Still with all the baggage Wes is a very likable guy. I loved watching him open up and realize that he was worth much more then unrequited love. The inner dialogue is again very good as are the love scenes and I enjoyed the fact that these two became friends before the lust hit. With a cute sub plot involving a spoiled TV starlet, a crazed stalker and a surprising death, this had just about everything I could ask for until I realized it was the last one. Thanks boys, stay safe!