Opening Line: "I'd heard rumors about what happened to Lauren, I mean, I never even knew her that well but we'd sort of hung out a few times in high school"

There's been a lot of buzz around Nic Sheff's bestselling memoir TWEAK and for good reason, its un-put-downable. This candid, gritty and detailed struggle with addiction is an amazing story but what entranced me most here wasn't Nic's decent into methamphetamine hell or his subsequent struggles to remain sober and find some kind of peace within himself, it's the way this story is told. Nic Sheff the author has a gift and I adored his short choppy style of writing. His ability to put into words the pain and loneliness we all at times feel even during the height of his addiction when the words purposely become vague, paranoid and crazy. I can only hope that he continues to write as I would read anything he publishes.

Tweak chronicles 642 days in Nic Sheff's life. Beginning on day 1 we bare witness to Nic relapsing after 18 months sober. Nic hadn't planned on relapsing that day, his life was working "I'd made so much progress" but without a second thought Nic picks up right up where he left off and in a matter of 32 days loses everything... again. We follow Nic during those 32 days, learning about his history, his insecurities and disappointed family. We watch Nic score and scheme (and dream) and get high and get really sick. Only quitting when he runs out of money and can no longer function. Nic's family will have nothing to do with him but he gets one more chance from his sponsor, who in a tough love way helps get Nic back on his feet...again. 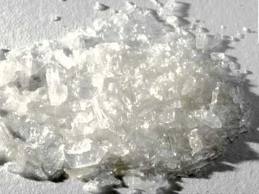 Spenser brings Nic into his family, taking him to meetings and working the 12 steps. As readers we finally get to see sober Nic. Following him on his obsessively long bike rides and feeling his excitement as he begins to write and reconnect with his family. On day 278 Nic gets a call from Zelda, the love of his life and despite warnings from friends and family Nic can't stay away from her. Quickly becoming as addicted to the beautiful but toxic Zelda as he was to drugs. Within a matter of months Nic is using again, this time its heroin and crack and the fall he takes here is faster and harder than before. Almost losing an arm to infection from a dirty needle his 22 year old body soon starts to give out.

It was despairing as a reader watching this unfold. I could feel Nic's desperation and loneliness, his inability to fit in and need to be loved but I also felt myself becoming angry when he relapsed because I wanted him to succeed so much that it was hard to read, I just wanted to shake him and say what are you doing?

This is a raw and honest look at the up and down life of an addict, it's heartbreaking, ultimately uplifting and truly enjoyable. The paperback edition also contains a group reading guide and a new afterward by the author.