Heartbreaking and amazing -one of all time fave's Opening Line: "Matt Haight sat in his car, watching the entrance of the Stag Bar with butterflies in his stomach."

I don’t even know how to put into words how much I loved this story and I’m having trouble writing a review that will do it any form of justice. I can tell you that author Tere Michaels has so hooked me with her unforgettable characters, heart wrenching love story and poignant writing that I bought the following three books in the series.

I think what struck me most about FAITH AND FIDELITY was the fact that this is about two men is completely incidental to the story. This is so much more than just a gay romance and truthfully all the same sex issue does here is add another degree of difficulty to Matt and Evan’s already complicated struggle to find happiness. This could be the story of any couple that’s taken a few hard knocks from life then along with their skeletons managed to find their soul mate. I should warn you that if you’re looking for graphic and gratuitous sex scenes every second page with a cheesy plotline to carry them along you’ll be disappointed. What you will find however is an emotional journey between two men that never expected to find love with anyone much less another man. This story is heart wrenching, beautiful, funny, compassionate, intimate, sad, realistic, tender and ultimately unputdownable. Honestly one of the best romances I’ve ever read. 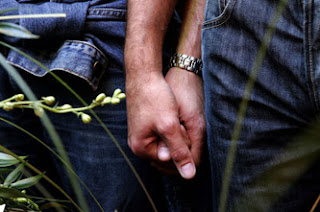 As you can guess this isn’t a light-hearted read however I was immediately drawn in, starting with the tragic death of Evan’s high school sweetheart wife. Sherri’s the only person Evan’s ever loved or slept with and with her gone he’s now somehow got to find the strength to get up each day, continue with his job as a New York City Vice Detective and raise four children. Within the first chapter we’re also introduced to Matt; a 40 something former homicide detective and ladies man who’s having a minor mid life crisis of his own. Lonely and depressed Matt quickly becomes the perfect non-judgemental drinking buddy for Evan, each finding a form of solace in the others despair.

Matt and Evan’s relationship starts out as honest friendship. Somewhere along the way though the lines begin to blur and a mutual physically attraction takes hold, shocking confusing and exciting both men. There are some very sweet scenes here as each tries to deal with these new feelings of desire and learns how to be with another man, because as much as they want each other neither of them knows how to scratch the itch. The sex scenes here are explosive and sexy without being explicit and I enjoyed their path to discovery. On some level I could even relate because we’ve all faced the exciting and unknown at one time or another.

Before long Matt and Evan have fallen in love and must face the reality of what effect their relationship is going to have on children, friends and coworkers, however its Evan’s still palpable grief that causes the most damage during this time and brings in a third party. Damn if this part of the book didn’t read like a suspense and brought me to tears as events moved forward, backed off and went forward again. All with this white knuckled reader saying no, no, no, don’t do it. I just didn’t foresee this happening.

I also just have to mention how awesome all the secondary characters are here, adding realistic levels of depth to an already incredible story that I can‘t recommend enough. Cheers. 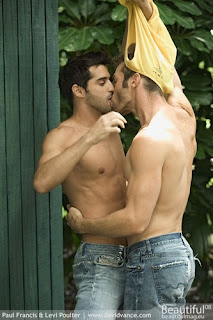