Opening line: "Faith Watsons new partner was big, muscular and covered in fur, and he didn't give her any crap." 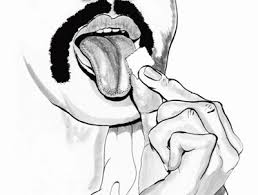 The thing is though Master Of Wolves has a great premise and the writing is really good; peppered with comedy, action and smoking hot love scenes (although they do breathe “Oh god” into each others mouth every single time they get it on, which annoyed me.) If it weren’t for all the magic and bizarre world building this would have been a pretty good read, as it was I did enjoy parts of it, the parts that had nothing to do with 'Mageverse' that is, skimming over almost all of the King Arthur scenes and just concentrating on Jim and Faith in the ‘real’ world.
Jim London is a werewolf/shifter, when his best friend Tony gets killed while in police custody he goes undercover as a K-9 drug dog to find out the real story behind his murder. Partnered up with officer Faith Weston the sparks fly immediately but Jim has to keep his paws to himself. When Jim and Faith get caught up in the vampires and magic wreaking havoc on Clarkson police department this brings out the animal in Faith and changes her forever. Unfortunately this fairly cool idea gets way overshadowed by too much magic and fantasy. I mean come on King Arthur, the Holy Grail, Excalibur it was actually funny at times.
One of my biggest problems with fantasy is that the author writes the world rules as they go along, or for convenience to the plotline wherein there are no rules. This was a big issue for me here as explained in the following quote;
"What the grail did was genetically alter the people who drank from it." "Genetically? How the hell did a cup do that?" “PFM” “Which is?” “Pure fucking magic. It turned the men into vampires, and the women into witches. Collectively they’re the magekind.” “Wait a minute-- the chick that wants to sacrifice us is connected to King Arthur?” Faith opened her beer and took a sip. “Hell no, different bunch of vampires all together. She’s one of the bad vamps. Arthur and his bunch are the good vamps who are trying to catch them.” “And we’re werewolves?”  She rolled her eyes “Do you ever have trouble believing all this shit?”
-No, no trouble at all. Cheers