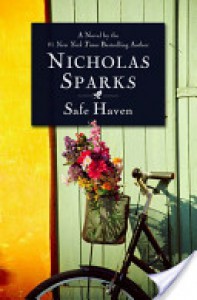 Opening line:“As Katie wound her way among the tables, a breeze from the Atlantic rippled through her hair.

Wow, this is definitely one of the better Sparks books I’ve read, I sure hope he keeps going in this darker, less sappy direction with the next one too. I picked up SAFE HAVEN during a very busy time in my life and still found it unputdownable. Full of twists and turns, mystery and surprise and a HUGE suspense factor throughout. Of course we also get the romance (nicely done) and it again takes place in a small North Carolina town (write what you know) but this was way darker then anything of Sparks’ I’ve read before. 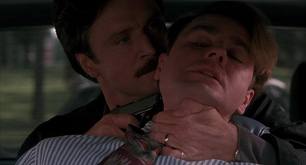 With a slowly and deliciously unravelling story, we don’t ever get a huge background dump with any of the characters multiple POV’s instead their lives, secrets and issues are gradually introduced, which I loved. And the bad guy here, jeez he was horrible, and I mean that in a good way. The kind of character that you love to hate, but I also really enjoyed getting into his head, as he slowly fell apart. Intriguing, creepy and well written. I highly recommended this one even for those non- Nicholas Sparks fans; I think you’ll be surprised.

The story here is somewhat reminiscent of A BEND IN THE ROAD but way better, it also reminded me very much of that older Julia Roberts movie Sleeping With The Enemy but again its better then that too. I won’t give away too much here with the synopsis, its well worth discovering on your own. Cheers

Katie is on the run, but the good people of Southport don’t know that, they’re too busy wondering what the pretty new waitresses’ story is and why she keeps to herself so much, after all everyone here knows everybody else. For the first time in months Katie is allowing herself to breathe again, she’s found a good paying job, a secluded place to live, and avoiding any personal ties should allow her enough time here to save some real money before she has to move on again.

What she hadn’t counted on however was being drawn into the lives of anyone in this small town. First it was her outspoken single neighbour Jo, who only made her realize how much she missed having friends and then it was Alex, the widowed shop owner and his two adorable children. Slowly Katie is letting her guard down, growing attached and falling in love, allowing herself to dream of a future with a man that won’t hurt her. But Kevin is good and he’s on her trail.