A promising start on the other side of Caldwell N.Y Opening Line: "She wants you." Jim Heron lifted his eyes from his Budweiser."

I'm sure most people picking up Covet are fans of JR Ward's Black Dagger Brotherhood and my advice to you would be (as hard as it is) to forget about the Brothers (just for a moment) and enjoy this story for what it is. Ward has created a whole new mythology here, that of Angels, Demons and the occult and given us some fantastic new characters to play in it. Her unique writing style makes this story feel familiar from the get go and I loved revisiting the places I've come to know in Caldwell N.Y. through the Brotherhood. Seeing the city in the daylight was especially fun and I revelled in the familiarity of these new yummy characters with their loud music, unique slang and multiple f-bombed banter. Yes, it's good to be back with the WARDen again. 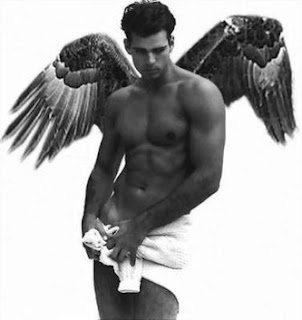 I found writing a synopsis really difficult here without giving too much away so I'll just set the story in motion. Jim Heron, as one of the main characters is no Angel *wink, wink* He's lived his life on both sides of the law and that's what makes him the perfect impartial choice for the angels and demons ultimate end game. Jim has been chosen as the deal breaker in a game of good vs. evil and given the task of saving the souls of seven people from one of seven deadly sins, If he fails so does all of humanity, so it isn't really an option. 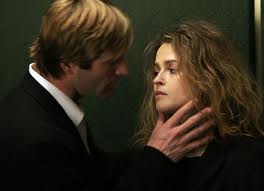 The first soul Jim is sent to redeem is that of Vin diPietro, a wealthy and powerful yet dissatisfied business man. He's also Jim's boss. Through circumstances Jim finds himself at the nightclub The Iron Mask (previously ZeroSum) with Vin and his beautiful but mysterious fiancé. This situation is awkward in a host of different ways (no spoilers here) but it allows us to see Trez again and for Vin to see Marie-Therese across a crowded dance floor and not be able to look away. We of course get into Marie-Therese's head and learn the whys and how's of her life as a prostitute (this is not a spoiler, she was in Lover Avenged) And her story is very interesting. We then enter a love triangle of sorts and a serial killer sets his sights on Marie-Therese. Meanwhile Jim adopts a dog and tries to save the world while Vin faces a horrifying ancient evil.

So, these are the four main characters involved in Covet and they all go through some major personality changes during the course of this story. There are also several secondary characters, some of which have been well fleshed out but others like Jim's two Fallen Angel mentors have unfortunately been left a little vague. 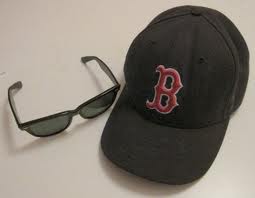 This gets 4.5 stars from me and I would recommend it. I become invested in the characters and couldn't put it down, I laughed, I shook my head, shrieked and sighed. The love scenes are amazing and I liked Jim as the hero and his little dog too. Vin and Marie-Therese's evolving romance is captivating and sexy, although those of you looking for a typical romance novel may be somewhat disappointed. I didn't feel as though I'd learned enough (or gotten enough) of the Fallen Angels but the antagonists were well done and even a little scary (albeit they didn't smell like baby powder.) The last 100 pages of Covet are heart pounding and in the end Ward left me wanting more. Do yourself a favour though and don't search for the cameo appearances from the Brothers while you read this, just enjoy the story. They are there but be warned they're very brief. (I will however admit to screaming like a little girl when I found them.)