Am I missing something here? Opening Line: "Honey, you need to get laid."

This was my first Sherrilyn Kenyon book and honestly it was a struggle to get through. All I could think was what am I missing? I mean the Dark Hunter series is SO popular there must be something wrong with me because this, well this was a grind.
Fantasy Lover has its moments, the premise is unique and intriguing; an ex Spartan general cursed to spend eternity as a love slave trapped inside a book. He’s released every so often to be the sexual plaything of whoever has called him forth but Julian is aware inside the book and therefore also anguished and claustrophobic. His mortal past is full of pain too and I enjoyed the flashbacks into it and all the Greek/Roman history. The only reason I managed to finish this at all was because of Julian. Just tortured and sexy enough to peak my interest, unfortunately though he had to fall for a dip shit like Grace.
Grace Alexander would have to up there as one of my least favourite heroines ever. Anytime she spoke or we were in her head I ended up cringing. Even in the closing pages I was still rolling my eyes through every single bit of her dialogue Talk about cheesy, immature, silly and painful. With expressions like holly guacamole and greasy grimy gopher guts it was also unrealistic. And really, a sex therapist? She must not be very good at her job because she’s clueless about sex and has her own hang-ups.
Julian of Macedon has been condemned to spend eternity within the pages of a mysterious book. Called forth many times over his two thousand years of confinement he definitely knows how to pleasure the ladies (his curse makes it mandatory) but he expects little else from his duties. When Grace’s friend Selena presents her with the book on her birthday, on a drunken lark the pair calls forth the sex slave and because this is a paranormal romance what do you know it works.
Grace utters some ridiculous remarks when she finds a gorgeous naked man in her house and then to Julian’s surprise she puts clothes on him and wants to talk. She doesn’t want to have sex. What!? Actually neither would I because initially Julian is all suave and creepy bad one liners, like some desperate drunk guy at last call. Anyways, Julian has a month to spend with Grace and since she doesn’t want to get laid they get to know each other instead, slowly falling in love and trying to find a way to break Julian’s curse.
For some reason Kennyon includes a mini stalker plot which doesn’t really go anywhere. There’s lots of sexual tension but not much actual heat, we meet a couple other gods and goddesses all dressed as bikers, Julian gets a haircut, buys tight fitting jeans and fixes Graces’ bookshelves (that part was actually very sweet) I just don’t know if I’ll be continuing on with this series, I still think I must be missing something and may give the next one a try but its going to have to get a lot darker and mature for me to finish.  Cheers 289jn3 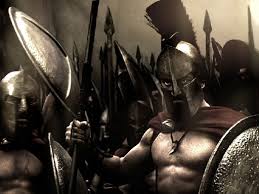 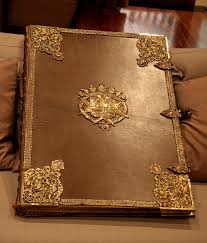 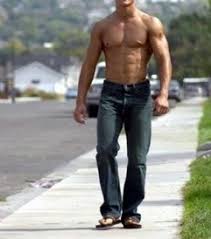