Wow, This one's a keeper Opening Line"Tracer rounds zipped across the murky darkness, lighting up the night sky in brilliant slashes of red, yellow and green."

I absolutely loved this book, it's got everything you could possibly want in a romantic suspense; uber alpha-male hero, exotic locations, suspense, drama, explosions, gunfights, hot sweaty jungles, passionate love scenes, psychotic villains, movie-worthy action scenes and some of the most touching dialogue I've read (gotta love those tortured heroes.) There's also a sweet secondary romance and best of all a whole team of Black Ops just waiting to have their stories told next. 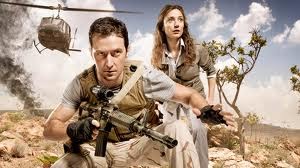 Usually a book is just entertaining or nice to read before bed, well SHOW NO MERCY gave me actual emotions. At times my heart was racing, I was tense, sad, angry, and found myself swearing with surprise. Then just when I thought everything was going to be all wrapped up nice and happily-ever-after Gerard twisted the ending, briefly left me hanging and created a lifelong fan. This is one of those books that will stay with me for a long time and I've just ordered the entire Black-Ops series. 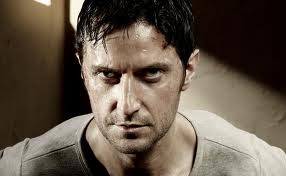 Only two things could take journalist Jenna McMillan back to Buenos Aires after being held captive by terrorists months before: a rare interview with reclusive billionaire Maxim and the memory of the tough and oh so sexy man who saved her before. Gabriel Jones is a warrior and after a lifetime in the military and profound personal loss he is scarred both inside and out. Missions and combat are his way of life now.

He and the other members of Black-Ops have just been hired to protect Maxim which is a happy coincidence because they're also watching him for presumed terrorist connections. So when a bomb explodes at Jenna's interview Gabe is right there to save her life although he's badly injured in the process. When it becomes apparent that Jenna not Maxim is the target she's forced to join Gabe and the mercenaries. However this is no coincidence and a ruthless enemy is now stalking them both. 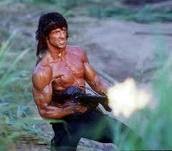 THEN things really heat up and man there's a lot going on. With Gabe and Jenna fighting for their lives (and Gabe briefly turning into Rambo) their growing feelings take center stage and the sexual tension is almost as fantastic as the fast paced action. Jenna is strong yet vulnerable and Gabe is filled with so much guilt that he may never let her into his heart, turning his back on her just when he needs her most.

I will admit in the beginning my mind wandered as we got a very detailed back story and introduction to a huge cast of characters however things picked up rapidly and chapter 25 nearly put me over the edge...I'll be back for TAKE NO PRISONERS. Cheers!