Opening Line: "Andy Bellefleur was drunk as a skunk."

This was another super entertaining read; combining fantasy, action, romance and mystery that you’ll find difficult to put down. With book #2 we return to small town Louisiana and telepathic waitress Sookie Stackhouse, who's still slinging beers for shapeshifter Sam and spending time with boyfriend Bill the vampire. Their relationship continues to evolve with anger and jealousies surfacing here, and even though for the most part Bill is still sweet to Sookie his undisputed predator tendencies also make an appearance. 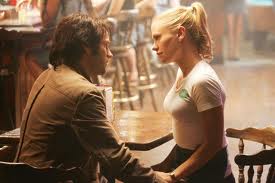 It doesn’t take long for Sookie’s adventures start up again when a co-worker with ties to a sex club is murdered. (This sub plot then takes a back seat returning later in the book) Soon after Sookie gets attacked by a mystical female creature which requires the assistance of Eric (and others) to suck the poison from her body. Eric then ‘loans’ Sookie out to the Dallas Vampires to aid in the search for a missing vamp. Sookie feels obligated to comply, taking Bill along as her bodyguard. (He flies as cargo in a coffin) And that’s when things get really crazy. With a new nest of vampires to deal with as well as assorted religious fanatics and several aggressive werewolves Dallas isn’t going to be any vacation. Sexy and cheeky Eric makes a welcome appearance here and I really enjoyed getting to know him better. I’m very curious to see how this immerging love triangle plays out. 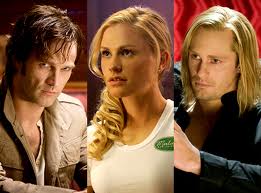 Despite the progression of Sookie into the supernatural world, which at times made her feel like a clumsy super hero I still found her relatable enough that I was able to discover everything right along with her. Sookie does get injured a lot in this book however and I kept wondering why she refused to take Vampire blood. I mean if she’s going to continue playing in the vampire world she's going to need all the strength she can get so its a no-brainer really as it speeds up healing and gives humans increased power. 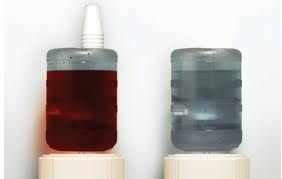 As much as I’m enjoying this series I guess I should have taken a closer look at the spine of this book because with this instalment Charlaine Harris switches from paranormal romance to more urban fantasy, which was a real disappointment to me. I always struggle with UF, preferring my romance front and center, without the now present fade-to-black love scenes (I want in on the steamy action) I also tend to glaze over when too many fantastical creatures are introduced and this worried me early on here with the introduction of the 'maenad' and her razorback pig companion. Luckily Harris keeps it to a minimum. Now this is not to say that I didn’t enjoy LDID, I did and plan to continue on with the series I was just thrown off by the abrupt genre switch from book#1.
It also felt to me like Harris wrote the first and last parts of this book together and then inserted the middle (Dallas) section afterwards. I mention this because as soon as Sookie returns home to Bon Temps from her Dallas adventure we start getting back-story information dumps again, as we’d had in the beginning chapters, rehashing Harris’s vampire world rules and events that took place in  Dead Until Dark. This felt very strange to me especially in the last quarter of the book. The Dallas section also felt removed from the rest of the story and in all honesty except for the scenes with Eric I didn’t enjoy it very much.  Anyways I’m ranting here.
books into film Charlaine Harris paranormal romance shelf 11 urb fantasy vampires