Appreciate the respect payed to a real life tragedy but... 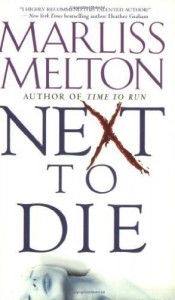 Opening Line: “Break contact” Joe whispered through the interteam radio, and he and the three SEALs in his command stepped off the trail to descend as quietly as possible into the wooded ravine.”

Well as it turned out I’m in the minority with Next To Die because I liked the idea of this story more than the actual follow through. I guess I was just expecting more from my dark, tortured hero, who was meant to be “drowning his quilt in a potent mix of alcohol and isolation” after becoming the sole survivor of the worst disaster in SEAL history. This man is intriguing to me, not the one I got. I will however give full kudos to Melton for the respect that she pays to the military and in particular taking inspiration from a very real tragedy (on June 28,2005) putting a romantic spin on its only survivor. 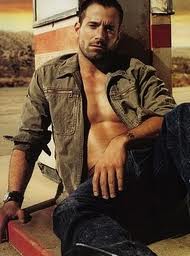 Things started out well enough and Melton can definitely write a top notch combat scene complete with all the accurate terminology, weapons and locations but if I’m being honest as soon as Joe got past the worst of his PTSD/survivors guilt and a couple of messy benders he got really boring. As I said the actual story never met my expectations and in truth I became way more invested in the spicy secondary romance going on between Penny’s sister Lia and her younger, charismatic and very sexy man Vinny. Now there was a relationship worth paying attention to. So while Joe and Penny became “friends” they slipped by the wayside and after a while I couldn’t have cared less what they were up to. In fact once I read Lia and Vinnie’s HEA I could barely be bothered to read the epilogue to find out if Joe and Penny were going to get theirs. I just didn’t care.
There’s also some dubious old fashioned language used here “by hook or by crook, he would prove that he was a worthy future investment.” Who talks like this, except maybe my Grandpa. And for a hardened SEAL Joe sure seems to have misplaced his balls by the end because he’s suddenly crying, whining, going weak in the knees and almost feinting after penny is attacked in her office by an old man. Yeah!?  Not sexy.”With a whimper of relief, he bent toward her face to see if she was breathing.” “Joe’s knees jittered. He felt in danger of feinting himself.”
Penny Price is convinced that the threatening phone calls she’s been receiving are from the same man that killed her father. This sends her running into the arms of her “Playboy” (she’s seen him in the hot tub) Navy Seal neighbor. As the threats escalate Penny begins to fear for her and her sister’s life and turning to the FBI only makes Penny a greater target.
Lieutenant Commander Joe Montgomery is the only remaining survivor from the worst tragedy in SEAL history. Suffering survivor’s guilt and a host of medical problems Joe’s laying low while he self-medicates with a bottle of whisky. The fewer people who know he’s responsible for the death of his men, the better which is why he he’s affronted when his nosy neighbor (who also just happens to be his physical therapist at the Navy hospital) barges in one particularly drunken night and makes fixing him –body and soul her business.
384jb2.5
Marliss Melton men in uniform AFSpc-Op romantic suspense scars r sexy shelf 13 tortured hero