This book messed with my head and I loved it! 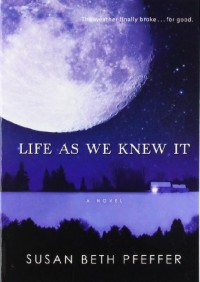 Opening Line:“Lisa is pregnant. Dad called around 11 o’clock to let us know.”

I loved this, easily one of my top reads this year; although maybe love isn’t the right word because this book scared the crap out of me. It also depressed me, made me very cold and gave me OCD about stockpiling food. I mean just how long could I survive on what’s in my cupboards? Not very. Three boxes of Kraft Dinner and a jar of spaghetti sauce are hardly going to see me through a wintery apocalypse now are they? (Although that bottle of gin will come in handy) 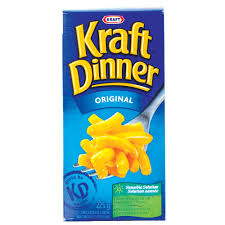 As much as this book messed with my head, I also couldn’t stop reading it, fascinated in a morbid sort of way. I’ve heard it compared to a car accident and that’s true, once you start this you won’t be able to look away.

Life As We Knew It is written in diary form, from the POV of 16year old Miranda. The entries start just prior to a meteor hitting the moon and initially her accounts are self-absorbed, and annoying in fact she comes off  kind of spoiled, which let’s face it, is realistic for a high school girl. I think the author probably did this on purpose to show us what her life and thoughts were like ‘before’ and how much she grows as a person by the end of this harrowing story.

Miranda lives with her mother and younger brother (with another brother away at college). Her father has remarried and is expecting a baby with his new wife. Nobody is paying much attention to the astronomers or the moon. I mean at 16 it’s all about you, everything else is just an annoyance. In May the meteor knocks the moon out of its orbit and everything changes.

Miranda’s mother is the real hero of this story, having the foresight to begin amassing food and winter clothes, (candles, batteries, water) while the rest of the world watches and waits. The power is the first to go, then Tsunamis take out anyone on the coasts, earthquakes rock the continents and volcanic ash quickly blocks out the sun. We the readers remain mostly naïve about world events because we only know what Miranda writes in her diary and she’s stopped listening to the news only occasionally giving us tidbit from rare radio broadcast that now mostly consist of death lists but soon even the radio stops 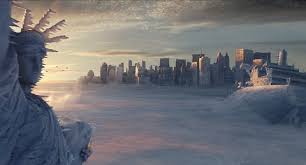 As summer turns to arctic winter and disease threatens those left alive Miranda’s world grows smaller and smaller. School is cancelled, her friends have either moved or died and gathering firewood and water takes up most of her day. She has little strength left because she is starving and her family has moved into one room to conserve the small amount of heat the wood stove is putting out. It is cold, blinding snow storms and ash fill the sky, the food is almost gone, the food is almost gone! When she thinks about last week she wonders why she ever complained because she had it so much better, last week she was eating one meal a day, now she’s eating every second day and wondering just how much longer her family can survive. She hopes she goes first.
306jb5 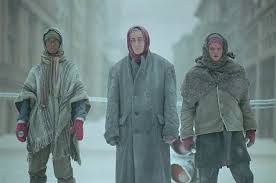