Opening Line: "My father always said I would do something big one day."

I grew up in the 80’s so the Ozzy that I knew wasn’t the comical, stuttering MTV family man of today but the Prince of darkness. Black Sabbath’s scary, out of control singer who bit the head off of bats and doves and worshiped the devil. (Or so the rumours said) My brother used to play his records (yes I’m that old) during his rocker/bad boy phase (he’s now with the RCMP) and I remember being forced to listen to Ozzy Osbourne Crazy Train and Bark At The Moon 24 hours a day. Ozzy’s exploits with drugs, women and Satan were legendary. In those days he was the ultimate in heavy metal music, if you wanted to be cool there just wasn’t anybody badder or scarier. 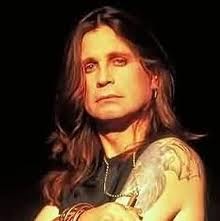 So you can imagine how strange it was for me to see him years later bumbling around with his family on MTV. Who the hell was this guy? Although he did provide an excellent example of the 80’s campaign “this is what happens to your brain on drugs” (anyone remember that ad with the fried egg?) It was hard for me to comprehend that this was the same man, Ozzy was the devil not a man who lived in the English countryside with a wife and kids. I was intrigued enough that I had to read his biography, to figure out which Ozzy was the real Ozzy. The truth is though, they both are. 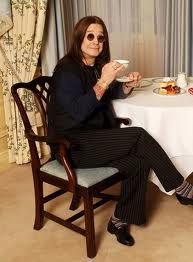 Honestly this is one of the better rock biographies out there and I give credit to co-author Chris Ayers who’s managed to piece together all of Ozzy’s insane stories yet still allowed his true voice to ring through. I did wonder how on earth Ozzy could possibly write a book much less remember anything after 40 years of drug and alcohol abuse but it turns out the godfather of heavy metal remembers quite a lot. We start at the beginning in England with “John” growing up in a poor factory town without enough to eat or an indoor toilet. Crazy from the get-go John always wanted more and his rise to fame is an amazing journey.

Ozzy admits early on to struggling with dyslexia and I can only assume that he dictated this, leaving Chris Ayers with his work cut out for him. He’s done a fantastic job though because this flows really well and every page is funny, fascinating, shocking, at times unbelievable and brutally honest. All the dirt is here too so if you’re a fan of the music then theres a plethora of information about album covers, lyrics, band politics and the truth behind the music. We also get to see a lot of other rock royalty joining in the debauchery. In the end I wondered (as Ozzy does) how he’s managed to stay alive through it all. All aboard ….

Some of the many highlights for me were;

-His jobs in a meat processing factory and testing car horns (pardon?)

-His rise to fame and first experiences in America, the land of plenty (of cocaine)

-His sexual exploits with groupies including an aids scare

-The real story behind the bat

-Waking up in the middle of a freeway

-The realization that guns and booze don’t mix

-His numerous arrests including the infamous pissing on the Alamo

-The chaos that ensued after the success of the Osborne’s

-Meeting the president and the Queen

-The horror when he wakes up in jail not knowing why he is there and is told he tried to kill Sharon.

-How Sharon stuck by him through years of outrageous intoxicated behaviour.

-Why he stutters and shakes